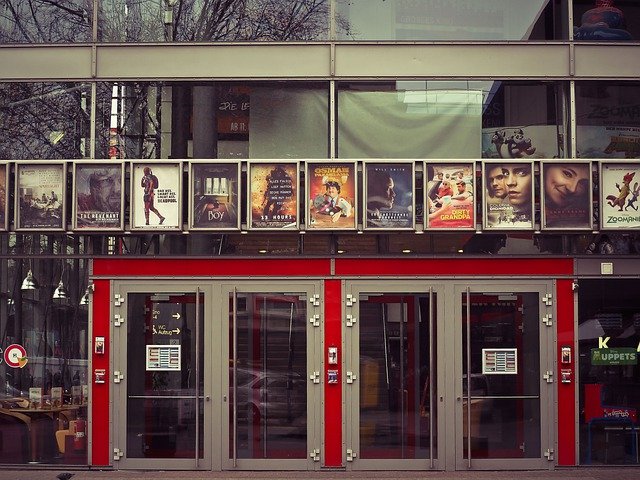 Horror films can be a great treat for getting a quick adrenaline rush.

While horror films can be about ghosts, monsters, and spirits, there are few movies that can trigger your psychological mind from within.

They are mostly categorized into psychological horrors. Some of the world’s best directors are currently delivering thought-provoking horrors for viewers to dig into. Psychological horrors are a kind of genre that you won’t find on your Netflix subscription easily.

Here are the five chilliest psychological horror films we have hand-picked for you to watch. click here to get them all from a single website.

5 Movies You Need To Watch As A Film Aficionado

In this section, we’ll discuss some of the movies that we’ve found to be pretty mind-boggling. So, keep on reading and let us know what you think in the comment section below.

However, the movie rather invests in building up tension among its audiences throughout its runtime.

The plot revolves around younger couples fearing an inevitable threat after being involved in intimacy. The threat is invisible, and sometimes, it takes the form of a known person. It Follows has managed to create an eerie atmosphere for the viewers to enjoy.

This is the director David Robert’s second feature film after The Myth of the American Sleepover (2010). It Follows revolves around high-school students’ fear of getting into trouble after intimacy. The film’s narrative heightens the mood of unbearable tension.

American film director Ari Aster made his directorial debut with the movie Hereditary (2018), featuring Toni Collette, Alex Wolff, Milly Shapiro, and Gabriel Byme. Hereditary is mostly a family drama intensified by the presence of evil after the death of the family’s grandmother.

The director has created the episodes of horror so carefully that the audience won’t go twice through its ordeal. The film deals with Annie (Toni Colette)’s experience after her mother’s death.

The family has a history of mental illness, such as Annie’s father’s death out of starvation by simply refusing to eat, her brother committing suicide, and her mother had dementia.

Following the death of Annie’s mother, the family faces some supernatural occurrences. The terrifying events break into the screen after a bizarre accident with her daughter. The story is filled with strange visuals as viewers are introduced to the family’s involvement with the occult.

Hereditary is a kind of movie that can be viewed multiple times in order to pick more details with each viewing.

Alfred Hitchcock’s Psycho is the greatest classic of all time. Psycho is made so efficiently that viewers are amazed by its techniques even to this day.

Psycho is based on a novel of the same name written by Robert Bloch in 1959. The film features Anthony Perkins and Janet Leigh.

The movie plot centers around a character named Marion Crane, a real estate secretary who steals money and runs away to a remote location in fear of getting arrested. Unfortunately, Marion takes refuge in the Bates Motel, unaware of what is lying ahead.

Psycho is a well-crafted film featuring the finest actor of that era Anthony Perkins who captivated the viewers with his phenomenal acting. Psycho tells its thrilling story without any flaws, at the same time retaining its mystery alive.

The ending scene is quite unnerving for the audience when the cinema unfolds to reveal the killer of Marion. Psycho offers technically advanced imagery for a 60s film, way ahead of its time.

Get Out is an American psychological horror drama co-produced and directed by Jordan Peele. The movie is the most critically acclaimed finest film of the era.

The film is the directorial debut of Jordan Peele, which led him to win the 90th Academy Award for Best Original Screenplay. The film also earned a lot of recognition and awards.

Jordan’s Get Out is a psychological horror that triggers its audience cerebrally. The plot revolves around a black photographer, Chris Washington, played by Daniel Kaluuya, who is going to meet her girlfriend’s family members in Upstate New York. Chris’s girlfriend and her family members are all racially white. However, there seems to be no problem at the beginning of the narrative.

After reaching his girlfriend’s house observes some mysterious behavior. The story takes a turning point in Chris’s life, where everything changes for the worse.

Get Out embark upon the discriminatory aspect of our society in a spine-chilling way. The story bends on to reveal the deepest darkest secret of racial anxiety between characters. The movie is a must-watch for horror junkies and film fanatics for uninterruptedly delivering adrenaline rushes.

Well-known American director Stanley Kubrick’s psychological horror film The Shinning rocked the theaters in the 80s. Several notable producers and directors have also paid homage to The Shining in their cinema. The Shining is about an author whose mental health deteriorates gradually.

Jack Torrance, played by Jack Nicholson, encounters a worsening mental health condition that makes him violent. He becomes violent towards his family and starts to haunt them for sport.

The movie captivates its audience through its amazing cinematography by John Alcott. The images are beautifully crafted to continue the narration. The film will leave the viewers with an extreme sensation of being chased.

The movie has been termed to have the terrifying scenes ever imagined for 80s cinema. The story is inspired by Stephen King’s novel of the same name, inspired by his visit to a creepy hotel named Estes Park’s Stanley Hotel.

So, Which One Are You Going To Watch?

Do you agree with our list, then? Or, do you have something else going on in your mind? Well, no matter what your case is, don’t forget to let us know all about it in the comment section below.

We’d love to know what you think!